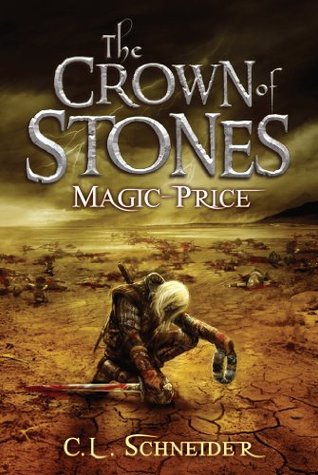 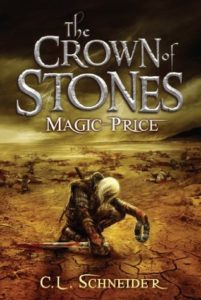 Magic always comes at a price. It’s one of those aspects that makes a story more interesting; but what price is too big to pay?

Ian Troy finds himself at the end of an invisible leash in more ways than one. His people (the Shinree) are subdued and bred like cattle, treated like slaves. And while a Shinree can use magic (if not drugged into numbness), there’s a great addictive element to it that is quite simply a danger to the user and those around him.

At the core of this story, Ian struggles with the consequences of fully letting himself go, killing thousands in the process. Years after the infamous battle, he finds himself at the center of a new power struggle, with his guilt driving him forward as he tries to prevent the bad guys from using the very same magical artifact–the crown of stones–that was responsible for his uncontrolled magical massacre. From there, several characters cross his path, all with their own little (or not so little) plans in the bigger scheme of things.

C.L. Schneider handles the writing with excellent skill. Her prose is high quality, divers and inspiring. The characters are well-developed with plenty of layers that reveal themselves more and more as the story continues. There’s a few excellent fights in there and the descriptions of magic usage was well put together to experience it fully.

I did have trouble getting vested in MC for a few reasons. First, the drive to protect Rella (the kingdom Ian is magically sworn to protect) is very much an external factor. It didn’t pull me in as much as the will to protect someone close, or revenge, for example.

Second, the continuous struggle against his magic addiction and his internal debate to let go, or not, wasn’t that appealing to me. Maybe it was too far from anything I know myself, but I did not feel for him (or with him) in his internal struggles. I merely wanted to know if the enemy could be stopped.

The ending was a good closure to the story arc, while enough is left open for the other books to explore. It wasn’t the big pay-off I was hoping for, but it certainly wasn’t a bad ending.

Overall, The Crown of Stones – Magic Price is a well-written fantasy for those that enjoy the darker type of stories. And even if I didn’t feel completely pulled in, the quality is high enough for readers to give it a shot and see if it grips them. Especially, as C.L. Schneider regularly discounts the first book in her trilogy and the lucky reader might even come across it free at times. So, be sure to check it out if it sounds like your cup of tea.